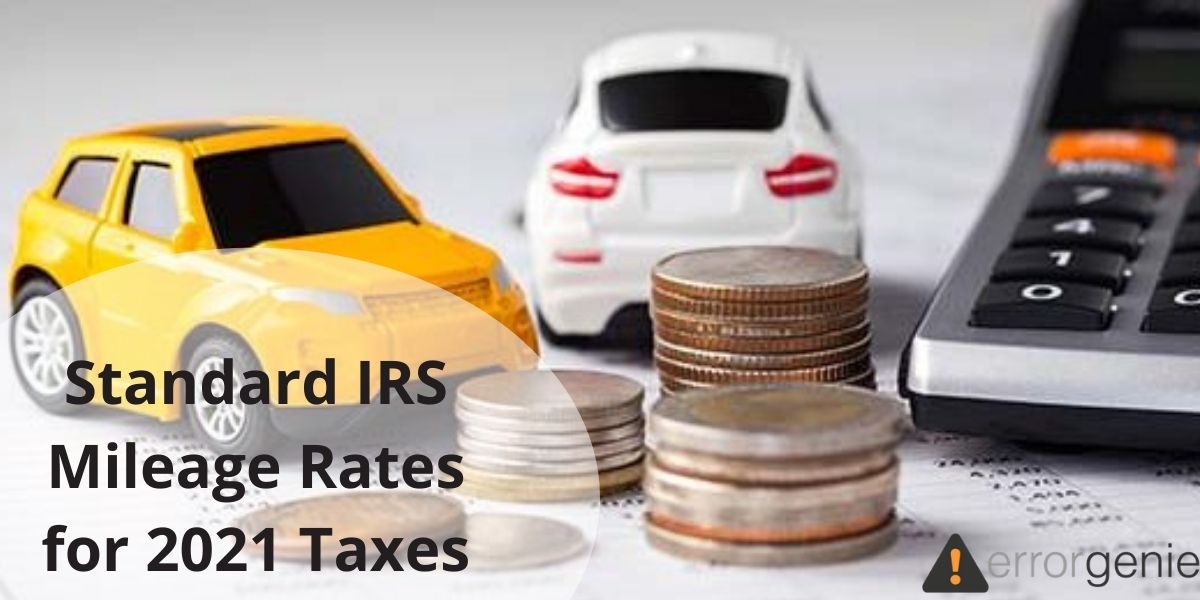 To operate automobiles in 2021 for purposes relating to medical, charitable, and business among others, the IRS has recently introduced new mileage rates. Beginning from this year’s first January, the new IRS mileage rates will be applicable. As per the announcement, 56 cents each mile for purposes relating to business will be the new standard rate. In the case of moving or medical purposes, 16 cents have been decided for every mile. Charitable purposes will see 14 cents as the new rates for every mile.

Earlier being 57.5 cents for every mile for business purposes in 2020, the new rates have reduced. In the case of moving or medical purposes, the former rate was 17 cents for every mile. Considering the changes in the rates of fuel, insurance costs, as well as fuel economy, the new rates for mileage have gone down. In 2020, 25 cents for each mile was the portion that depreciated when the rate of business mileage is considered. This has reduced from 27 cents for each mile in the year 2019.

Supposing that the actual cost of an employee driving a vehicle with respect to business purposes is greater, a bigger amount can be deducted when the actual costs have been cited. Each year, the Internal Revenue Service establishes new rates for mileage for moving or medical and business travel. As per law 26 USC 170(I), the charitable rate has been decided and undergoes no change.

Understanding What All is Covered by the IRS Mileage Rate

It should be noted that tolls and parking cost will not be covered in the mileage rates. Also, readers should know that the mileage rates may not differ based on geography. The vehicle’s personal use cannot be deducted by the taxpayers.

For compensating employees, the rates of IRS mileage are utilized by multiple businesses in the case of automobile-based business travel. Certain colleges prefer forming the allowance for transportation in the attendance cost of the college on the rate of business mileage as well as the distance between home and school for those students who travel. On the off chance that the availability of transportation is there, the cost of the train pass or bus pass will be used in case it happens to be lower.

Until December 31, 2025, itemized deductions that are miscellaneous have been removed for a temporary time-period as a part of the Tax Cuts and Jobs Act, 2017. Due to this, the taxpayers will be prevented from claiming the deduction relating to the travel expenses of employees that remain unreimbursed. Earlier, the itemized deductions that were miscellaneous in 2 per cent excess with respect to AGI could be deducted.

Moving expense deductions have also been removed by the law till 2025’s end. Duty members of the U.S. Armed Forces who are active can be susceptible to an exception. This is mainly due to the station as well as the Reserves member’s permanent change.

The local government and state government officials who receive the pay on a fee basis are also susceptible to this exception. In addition, some secondary and elementary school teachers, performing artists (in whose case the unreimbursed travel expense for an employee can be deducted for income adjustment).

Taxpayers who are self-employed may be allowed mileage deduction, considering it similar to a business expense on sole proprietorships’ Schedule C, Schedule K-1 of the IRS Form 1065 in the case of partnerships or IRS Form 1120S or 1120 for corporations.